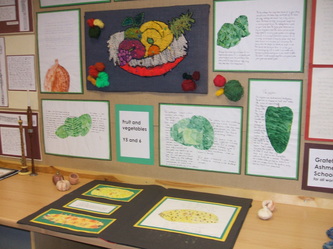 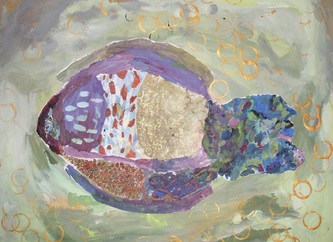 After nine years as a KS2 primary teacher in Lancashire state school, I became Co-ordinator of Expressive Arts for a group of primary schools in Cumbria. In 1989 I was appointed Arts Advisor for South Cambridgeshire primary schools. From 1993 I worked independently as an arts advisory teacher with staff and children in over 700 schools in the UK and abroad.

For six years I held a post in an independent school as art teacher of Reception/Y1/2, and our work won national art awards each year. I also worked as an artist, producing commissioned pieces for schools. See Art and commissions.

After Peter Cornwell set up History off the Page, he invited me to join him as his first team member and bring my drama skills to the days. I remained with the growing team for nine years.

Since 1995 I have been an associate lecturer at Cambridge University’s Faculty of Education where I teach on the Early Years and PGCE courses in art nd drama (and formerly, history). See also Teaching abroad (under 'More' on the blue banner, home page).

I am the author of several books and work packs on practical Arts teaching - see Publications (as above) - and for fifteen years was a regular contributor to several Scholastic magazines. To view my articles and lesson plans, visit www.scholastic.co.uk and enter Jane Bower in the search box.

I became a professional actress in 1999 and perform my own solo shows, which can be used for fund-raising events.  See Shows.

I am a long term member and Elder of Downing Place United Reformed Church, Cambridge, and attempt to be a Christian - with wriggle room.

Passions (other than art, drama, dance, teaching, acting and writing) include the past, words and wordplay, avid novel reading, biographies of writers, choral singing, creating with food, food history, the Impressionists and creative consumer competitions....

Now retired from teaching in schools, I offer a range of engaging illustrated talks and solo shows for groups, churches, conferences, theatres, museums, libraries, hotels....my performances are adaptable to any venue.